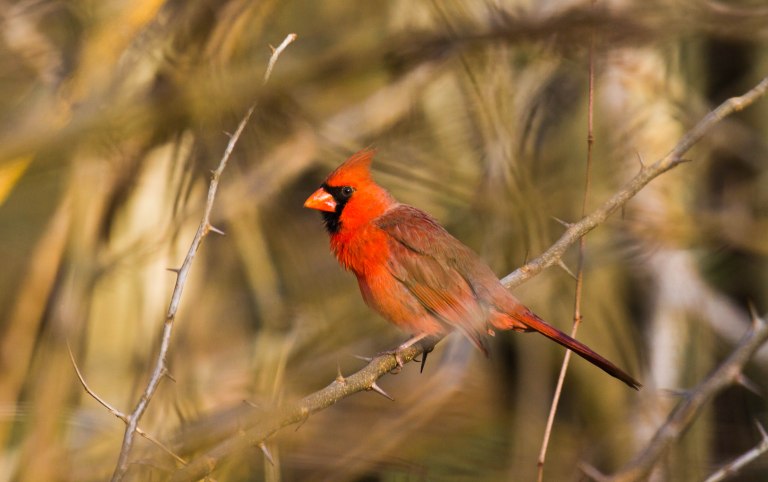 It’s an eye-catching favorite among casual birders. I never really tire of their beautiful song. This morning they were everywhere at Cullinan Park. I even spotted two males in a territorial dispute. Mostly they were pairing up or the males were singing to attract mates.

A few days ago while walking in my neighborhood I hear what sounded like a Great Egret. Then a Northern Mockingbird flew across my path. I didn’t think to myself, just another mockingbird, I marveled at its amazing ability to mimic other birds. So as much as I want to roll my eyes when someone scolds me to not say “JUST another…” adjusting my thinking opens up my ability to learn more about nature. And one day you just might spot a flash of red in a tree and focus your camera on it thinking it’s a Northern Cardinal and it will end up being a Summer Tanager (something which happened to me a year ago.)

So despite seeing a Great Horned Owl and a Belted Kingfisher today, I leave you with this Northern Cardinal photo.

This is a text widget. The Text Widget allows you to add text or HTML to your sidebar. You can use a text widget to display text, links, images, HTML, or a combination of these. Edit them in the Widget section of the Customizer.
Loading Comments...
Comment
×
%d bloggers like this: