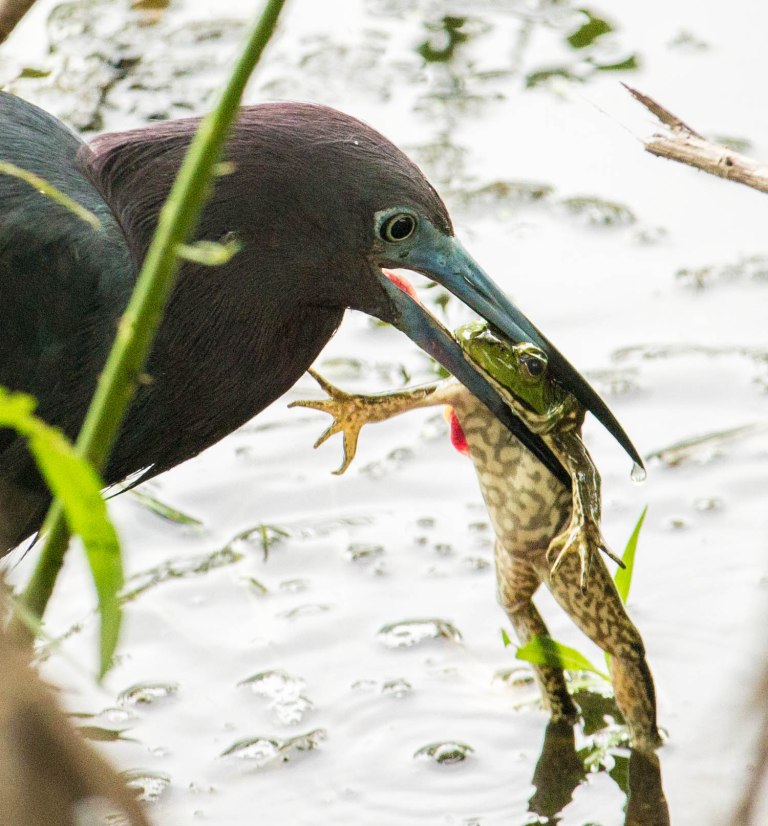 It was a sweltering afternoon and I was nearing the end of my hike, a little disappointed I hadn’t seen anything particularly interesting. Then I stumbled across this feisty Little Blue Heron. Watched him for a little while, then debated moving on until he caught this frog! It was difficult to photograph because despite the sun pouring down the lighting was not optimal with the shady trees and brush near the edge of the wetlands. I had to scramble around trying to photograph the Heron while he was jostling around. He kept moving his head so he wasn’t facing me, and the shade made it very dark. Thankfully I was able to nab a couple great shots! The expression on the poor American Bullfrog’s face is priceless.

This is a text widget. The Text Widget allows you to add text or HTML to your sidebar. You can use a text widget to display text, links, images, HTML, or a combination of these. Edit them in the Widget section of the Customizer.
Loading Comments...
%d bloggers like this: